The existing 3 million gallon (3 MG) treated water Alta Sierra Reservoir was constructed in 1976, replacing the raw water storage reservoir originally constructed in 1965. The existing reservoir was constructed as a covered potable water storage reservoir with a Hypalon lining. Rehabilitation and repairs have been made on the reservoir, including a surface water collection system. However, the Hypalon lining is continuing to deteriorate and is nearing the end of its useful life. Continued operation of the existing reservoir in its deteriorated condition would increase the risk of contamination resulting from leaks in the liner and would require increasing maintenance in the future.

The project involves removing the existing Hypalon liner, grading the interior of the reservoir to raise the bottom elevation 6 feet, and constructing a 3 MG concrete tank that is centered in the existing reservoir.  The concrete tank is 150 feet in diameter and 26 feet tall.  The top of the tank will be approximately 16 feet higher than the existing berm at the center of the tank.  At this time, no additional tanks are anticipated for this site.

The outside of the existing berm will not be disturbed along the perimeter of the property and the existing vegetation will be maintained to provide screening for the new tank.  The portion of the berm fronting Francis Drive will be landscaped as needed to provide additional screening.  To further blend the tank with the surrounding area, the concrete will be stained a neutral color.

The tank has been filled and is in service.  Leakage tests are in progress.  Electrical and drainage piping are in progress.  Final color has been applied to the tank, and landscaping design has started.  Anticipate project completion in August 2022.

The tank is scheduled to be completed and operational by April 2022.  We received 11 responses for the color preference of the tank, which will be applied near the end of January.  The majority of votes were for the color Sahara.  The tank color, combined with new fencing and landscaping along Francis Drive will help the tank blend into the background.  Thank you to all of the residents for your patience and cooperation during the construction of the tank.

The walls and columns are completed, and the roof has been poured.

The floor of the tank has been poured and the concrete has cured sufficiently to allow construction of the wall segments and interior columns.  The first wall segment will be poured on May 4th, and the tenth and final wall section is scheduled for June 30th.  The 32 interior columns that support the roof will be poured in groups that front each wall segment.  Following wall construction, false work will be constructed inside the tank to support the concrete roof. A rebar mat will be installed on the false work prior to pouring the roof concrete. 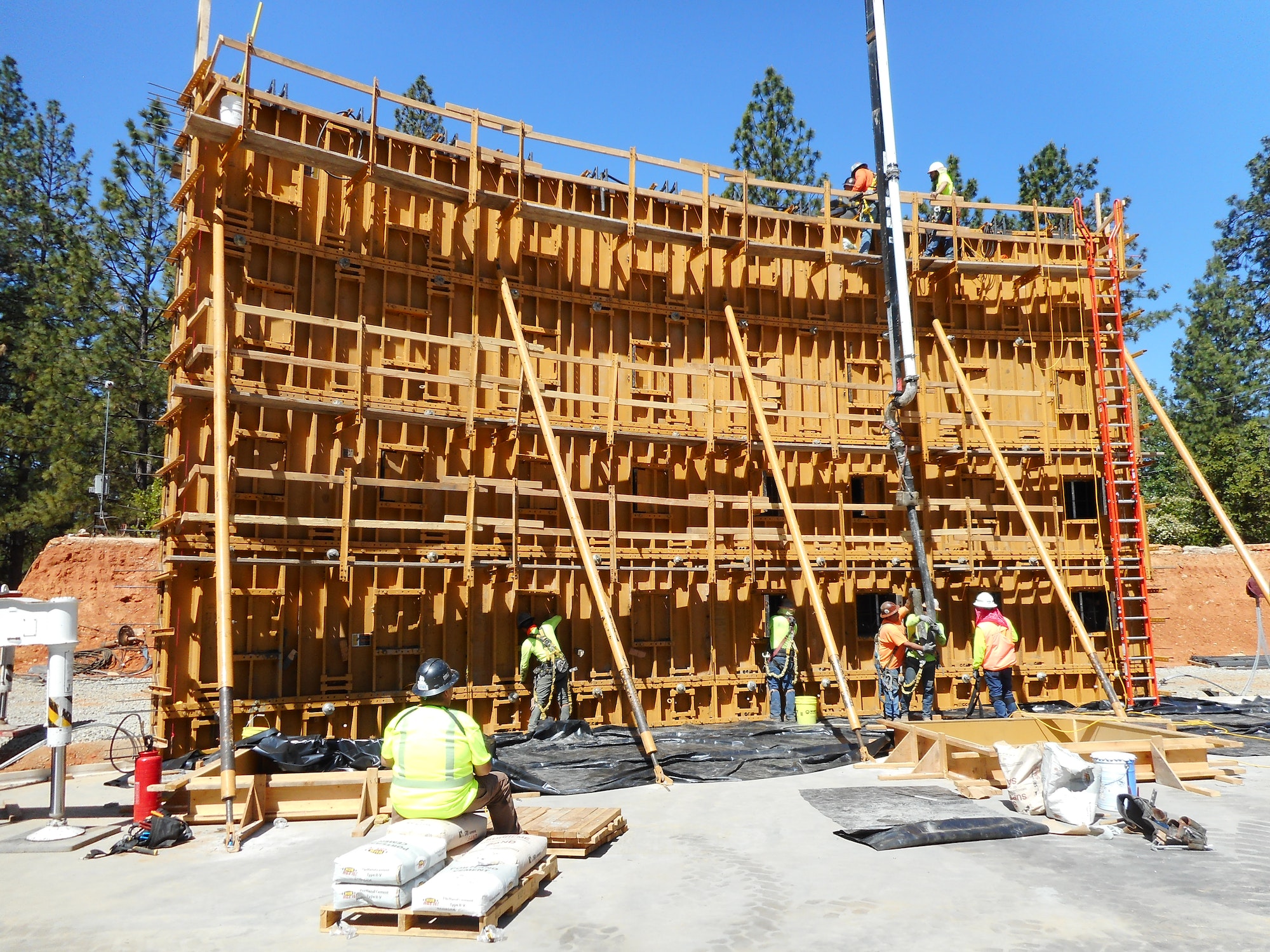 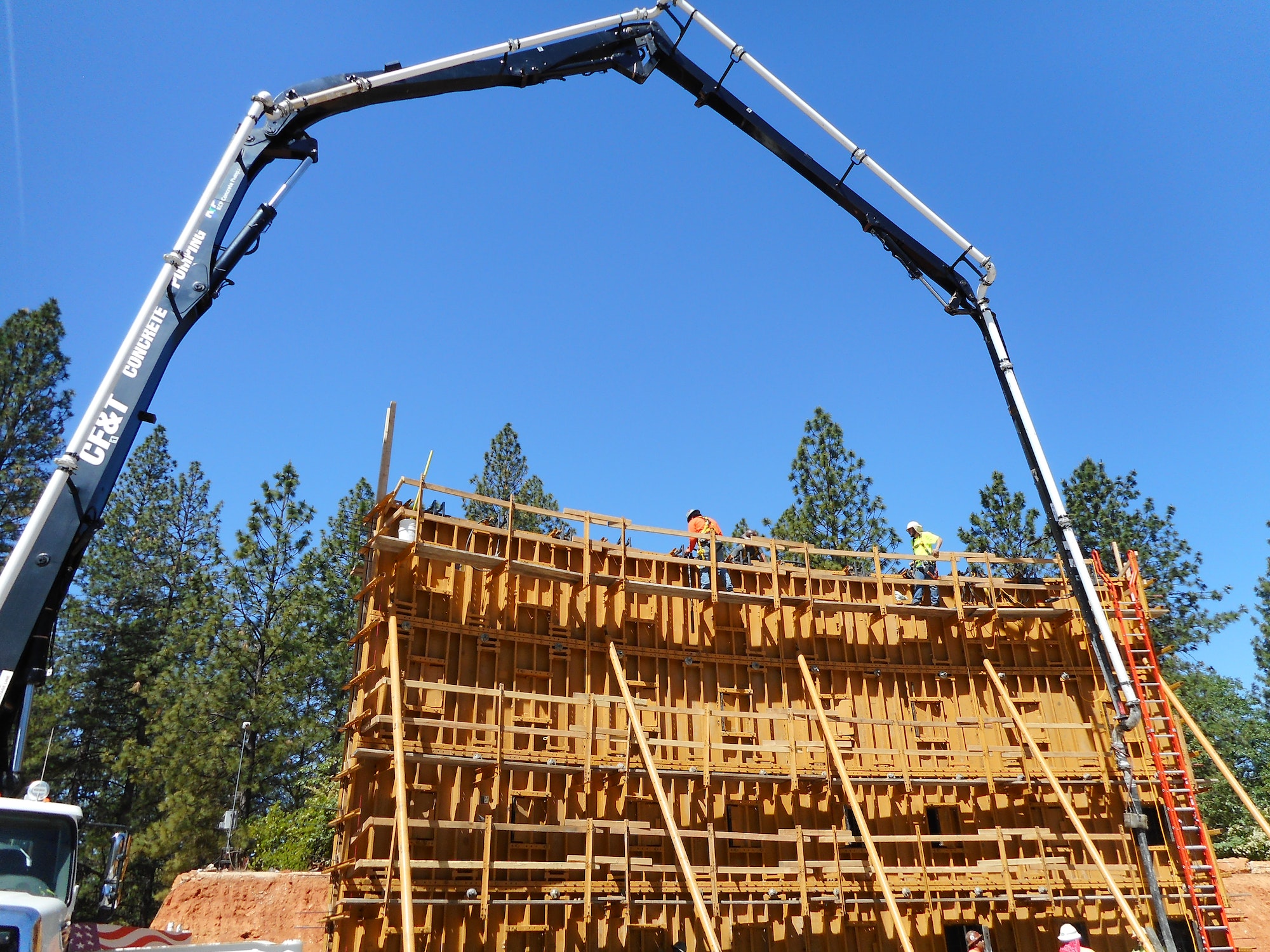 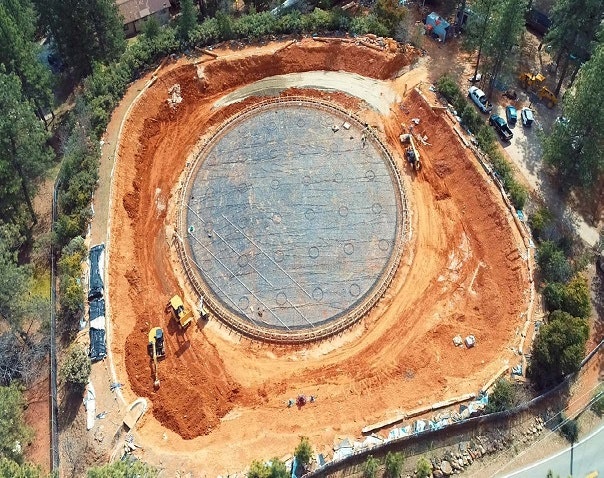 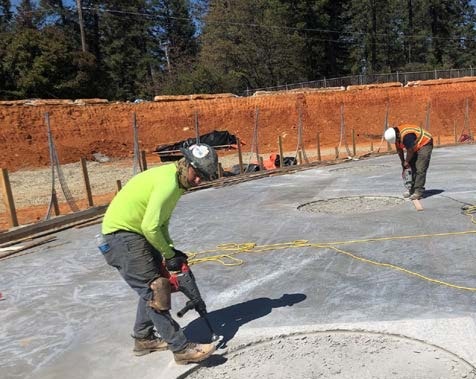 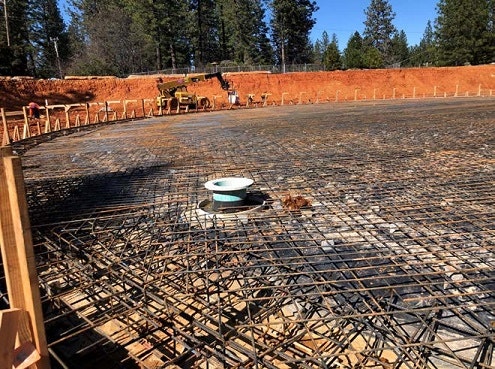 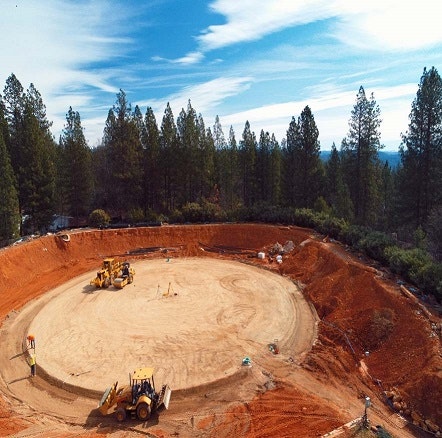 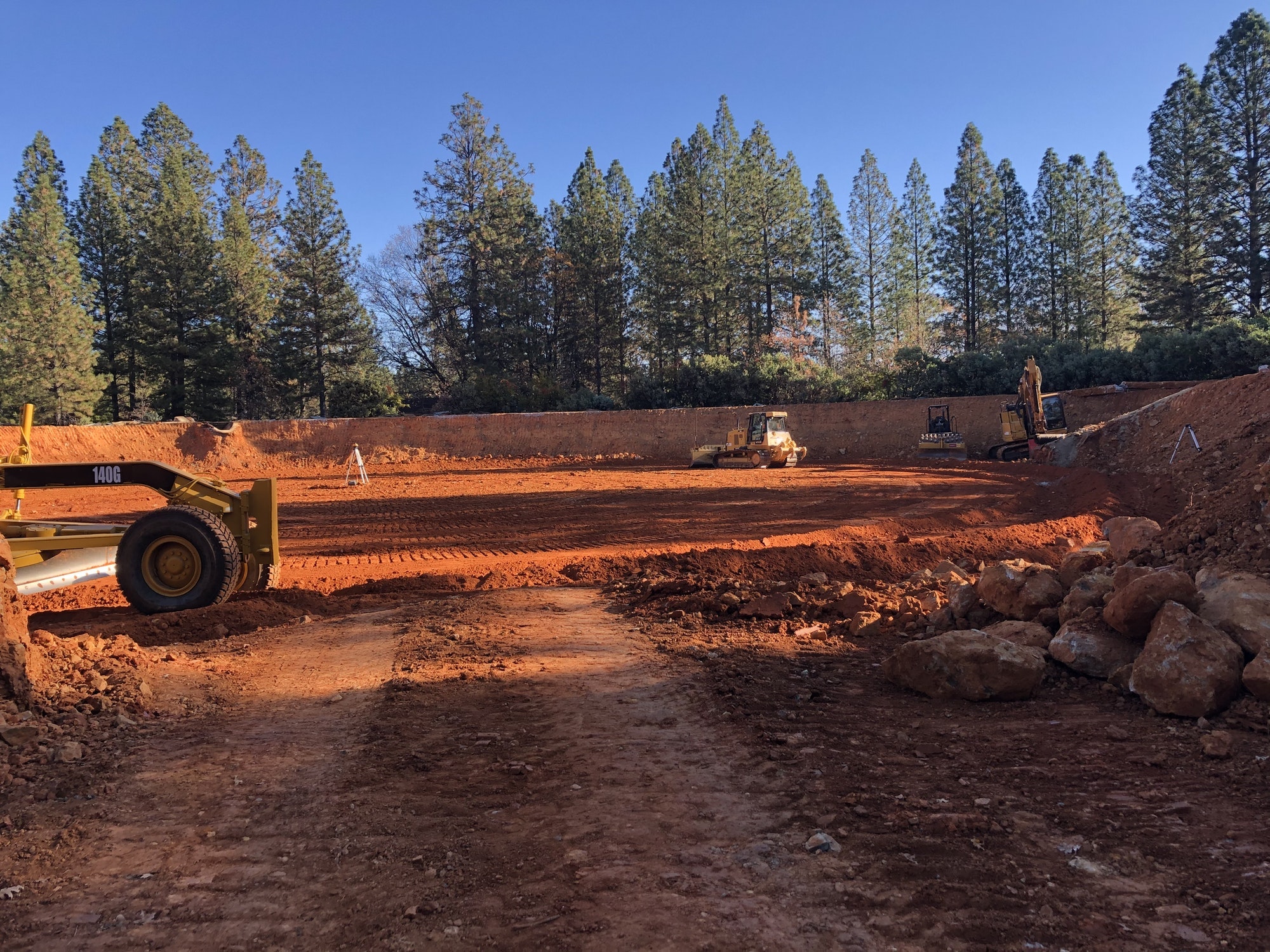 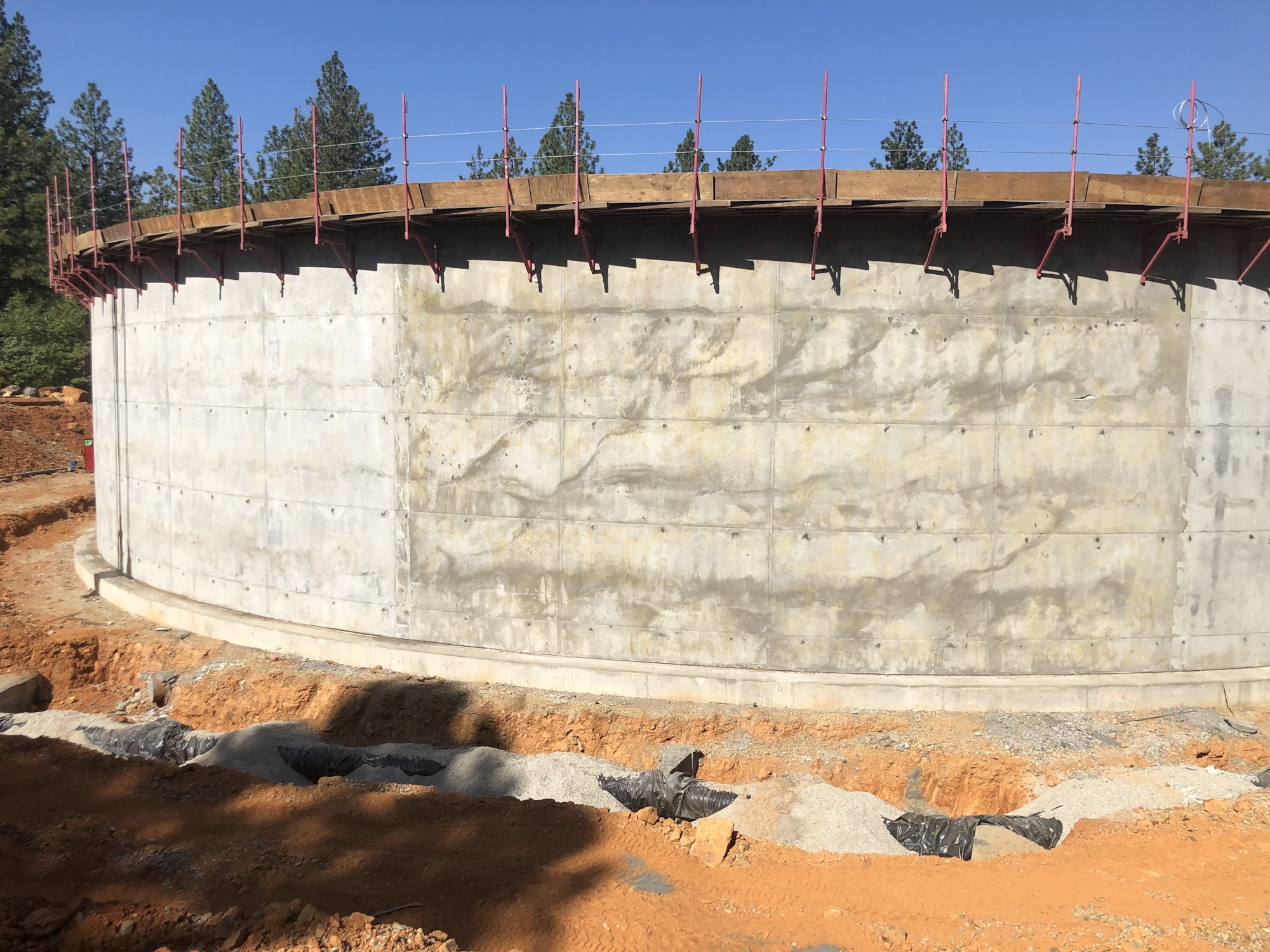 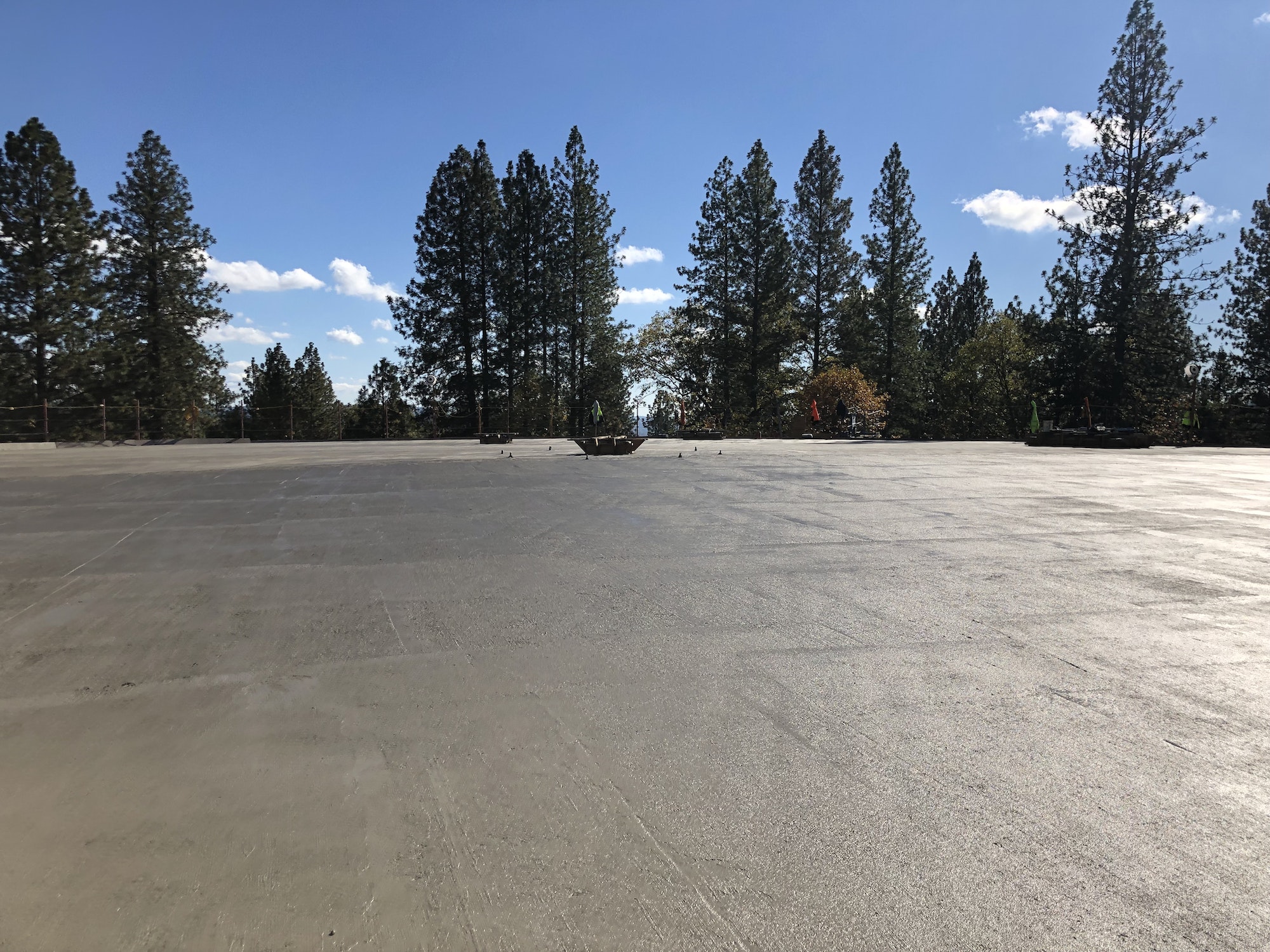 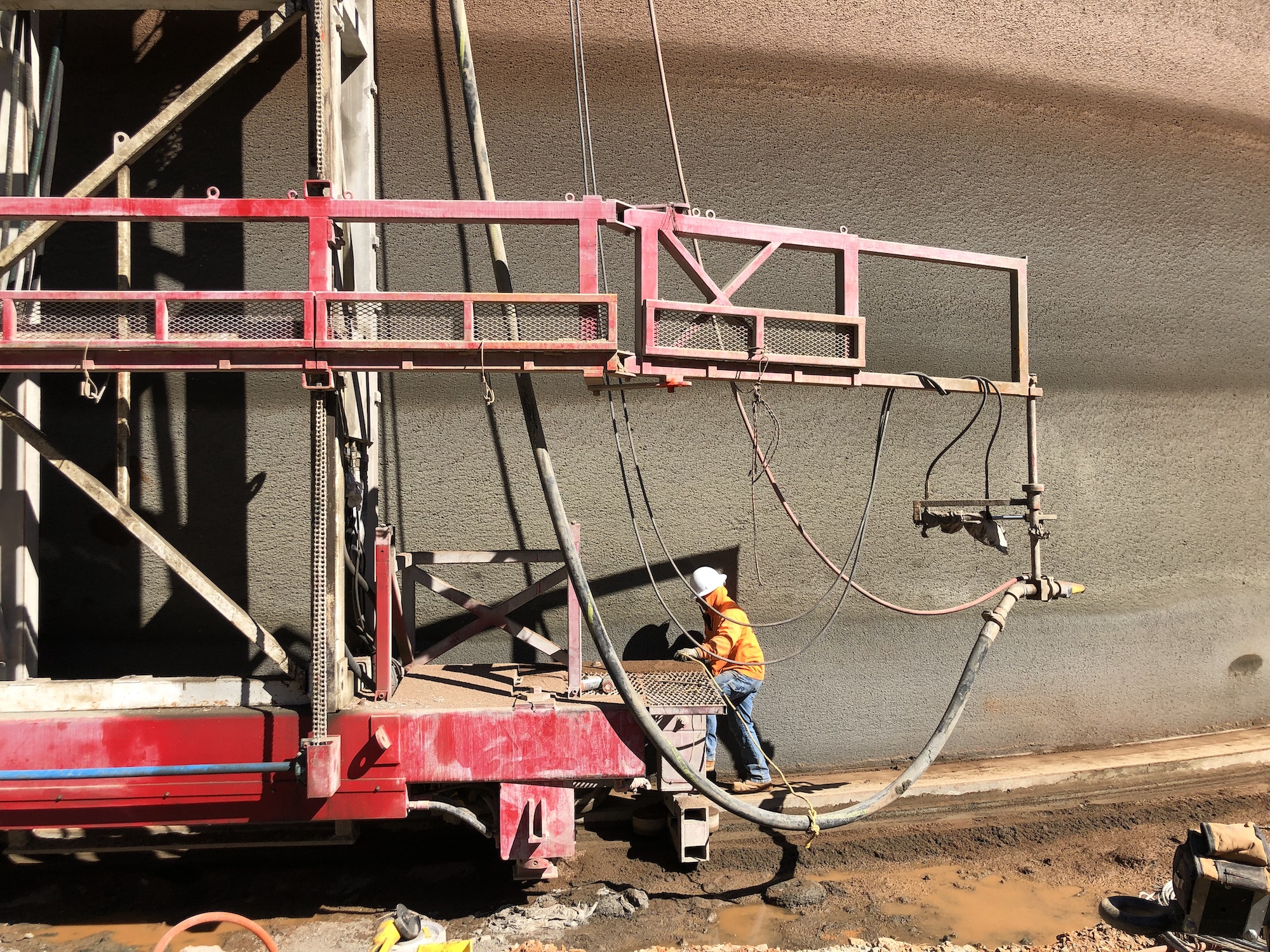 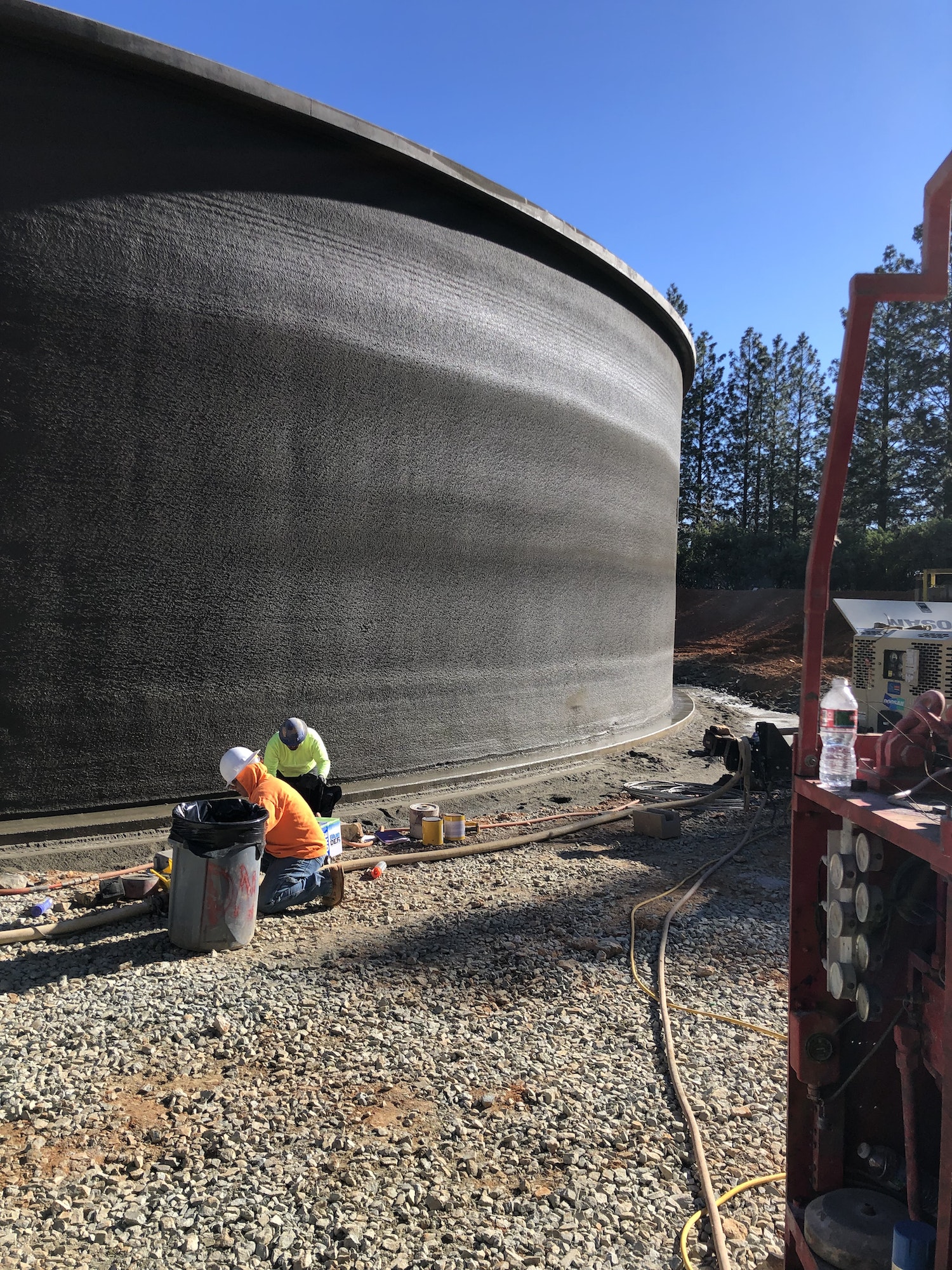 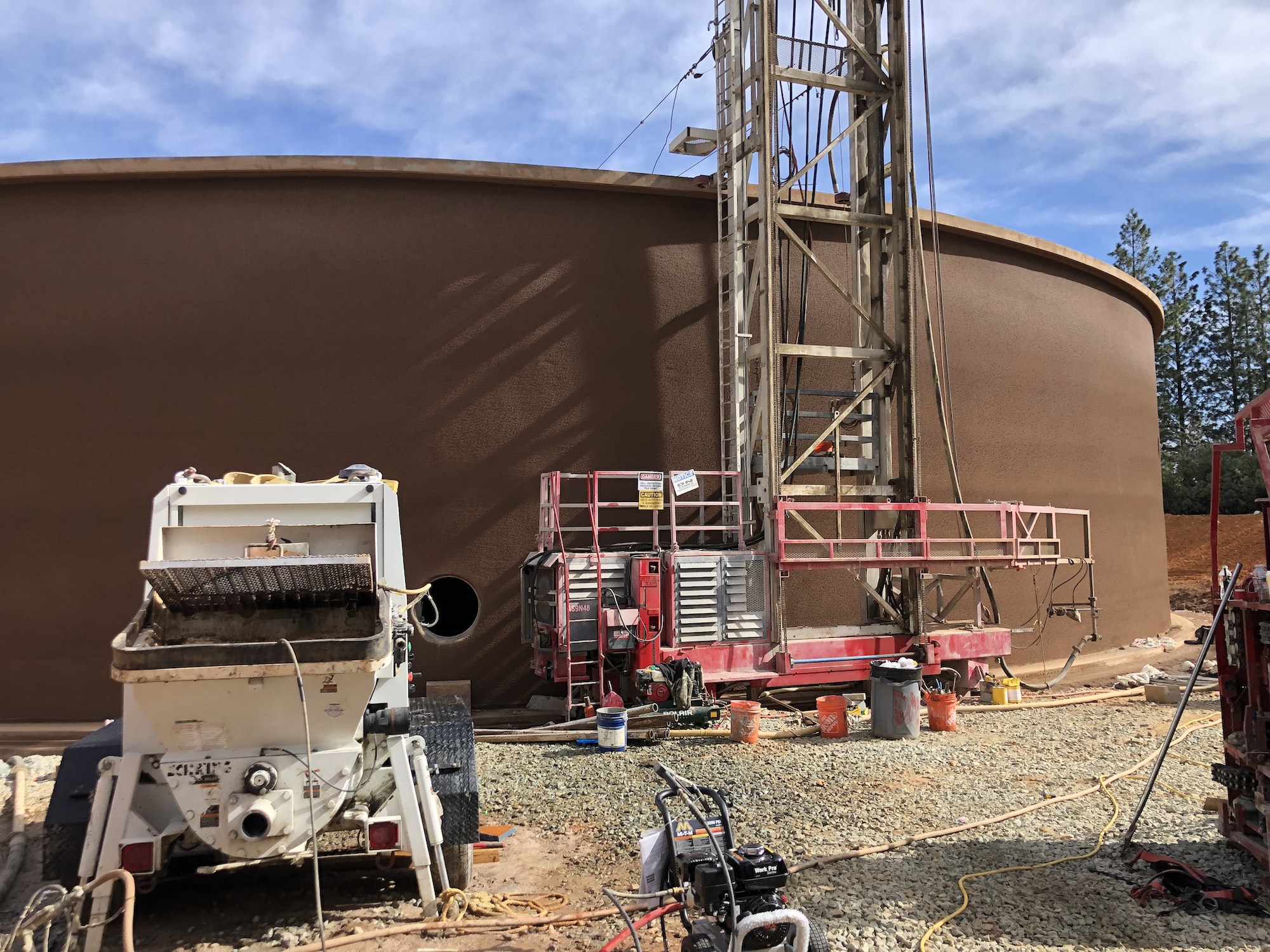 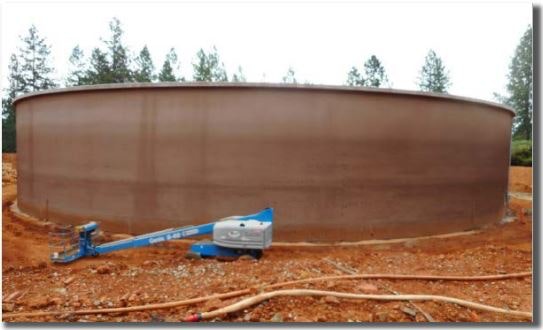